Quick Tip for the Weekend: Think About Your Miranda Rights

Home » Quick Tip for the Weekend: Think About Your Miranda Rights 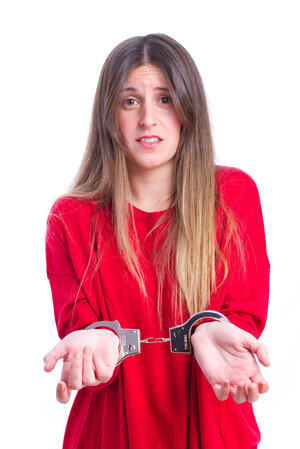 If you’re arrested for DUI, possession of marijuana or cocaine, or possession with intent to distribute (PWID), or some other crime, and you are read your Miranda rights, it’s important to actually think about them.

These words are not read to you because it’s something fun to say out loud. The U.S. Supreme Court determined that it was so important that these rights be read to you while you’re in custody and subject to interrogation, that they made it a requirement if the government wants to use your statement to police later on at trial.

DISCLAIMER: These blog articles/videos are intended for informational purposes only and are not legal advice. Media posted on this channel, my other social media channels, and/or my website is intended for a general overview and discussion of the subjects dealt with, and does not create an attorney-client relationship. It is not intended to be, and should not be used as, a substitute for taking legal advice in any specific situation. The Law Office of Richard Waring, LLC will accept no responsibility for any actions taken or not taken on the basis of this publication. The information on this site and any other associated social media pages or website pages should not be construed as a guarantee of any result on your case. No bona fide expectation about how your own case will result can be drawn from these articles/videos alone as each case is different and must be looked at in its own unique light. No representation is made that the quality, service, or experience of hiring Law Office of Richard Waring, LLC is greater than the quality, service, or experience of other lawyers. Nothing contained in this article/video is intended to compare the type or quality of this firm’s services to the type or quality of any other lawyers or law firm’s services or to imply specialization or certification by any organization not previously approved by the South Carolina State BAR Board of Legal Specialization. Furthermore, Richard’s prior experience as a prosecutor does not in any way imply that he can improperly influence the government in getting you a better deal than any other attorney on your criminal case. No special treatment on your criminal case should be expected based on Richard’s prior prosecutorial experience, and Richard in no way suggests or implies that you will be given such special treatment by the government. All videos, photos, articles, blog posts or any other media published by Law Office of Richard Waring, LLC remain copyrighted and all rights are reserved.